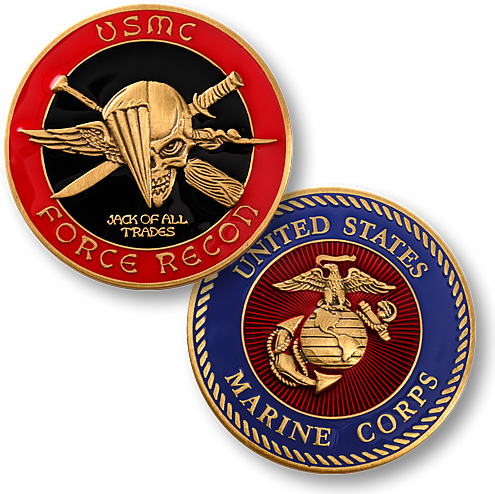 This round brass coin salutes the U.S. Marine Force Recon. Struck in a brass alloy, this coin has an attractive use of enamel, making a striking impression. The obverse has a striking rendition of the Force Recon logo, including the words, "Jack Of All Trades", surrounded on the outer rim by "USMC" at the top and "Force Recon" at the bottom.  The reverse contains the logo of the US Marines.

Back to: Marine Coins